Wanting to experience various sexual pleasures while being a working student can be quite a hard task, because no matter how much energy and effort you put into it, money will still be hard to earn at this point in life. I am a 23 year-old girl college student, although I am almost done, it has been quite hard with the part-time work I do in order to earn some allowance. While finding a partner isn’t much of a problem, buying some sex toys that look interesting can be a problem.

For the last couple of years I have been looking into a lot of the cheaper brands and kinds of toys that I am interested in. And although most are relatively functional, the biggest challenge in choosing these toys is the quality and safeness they must meet. I wouldn’t want to own a vibrator which would break inside me, or be made of materials which could potentially harm me in the long run. It’s a long, tedious task – each toy I’ve chosen to talk about in this review has been subject to a lot of personal research before being bought – reviews from other buyers are just the tip of the iceberg, which cover up hours of searches about the company, materials used, risk prevention, and of course the looks and designs as well.

I know I am probably being over-paranoid, but I agree to those who say “better safe than sorry”. But anyway, I have found a whole lot of perfect toys in the economic range which can be purchased by my low-budget peers.

for those who are budget conscious but want to have fun

This is a keeper for sure: It has achieved some very high nominations and features in the past years. Because of its achievements, if has obviously been quite expensive, but because a new model has come out, the company has lowered the price to $15. It is extremely safe and easy to use.

Once I am fairly moist for penetration I let the toy slide up into me and I get satisfied enough by doing so repeatedly. Whenever I want to make myself orgasm faster, or plan on having multiple ones, it really helps turning the vibration function back on as I push the crooked head towards the front (where the stomach is). These vibrations on the most sensitive inner part literally make me vibrate in pleasure with the same strength. From then it’s just a matter of minutes before I reach the point of moaning loudly and having to bend forward and balance myself with my elbows, because it becomes too much to handle on the knees which will wildly tremble just like my whole body. 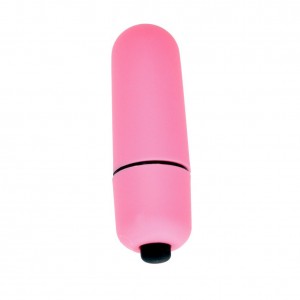 Considering the price for each of these mini-vibrating bullets is less than five dollars, I had expected them to be a spin-off which would stop working after a few weeks, if it worked at all.

After reading a few positive feedbacks, I decided to give it a shot and buy one of them. Let me tell you, it is worth its cost and even more: it is still functional after months of use, and it still works perfectly. Only drawback in this toy is that I have to buy batteries every couple of weeks, but it is totally worth it. This particular mini vibrator is tiny in size and comes in handy either when i’m practicing some old fashioned autoerotism or when having sex with someone. Because of its size, it is very easy to hold and use – all I have to do is place it over the clit and it will instantly make me feel aroused.

When by myself, I usually place and move it just above the clit with a hand while I gently insert a finger in my moist hole, to reach out to the sensitive parts inside it. Occasionally I use 2 toys at once: this one to stimulate my clitoris and another one to penetrate myself.

I have also used this particular toy while having sex with someone, a couple of times. In missionary position, while he was busy ramming me, I slowly took this toy out of my drawer and pressed it on my little peanut while he was still working on me. It actually made me orgasm, considering the whole event didn’t last more than 5 minutes.

This one on the other hand is a classic that never goes out of fashion. Discreet and powerful: it has a full metal body which is uniform in size, apart from the tip which is slightly pointed, just enough to allow a smooth penetration. Out of the many brands I checked out on, this particular one wins – First of all because it costs just eight bucks, and secondly because it works just as well as any that actually cost more than this one.

The uses of this toy are infinite. I can stuff myself with this toy in almost any position I can think of or read about. Although I particularly enjoy spending time with this guy while I lay comfortable on the bed, with my legs wide open and folded at the knees. After a nice tease all around the area to get me supernaturally wet, it goes in smoothly and slowly. I then make it vibrate slightly and begin masturbating with it by sliding it in and out, increasing the speed over time. Eventually I always end up turning the vibrations higher, especially when I start climaxing to heavenly levels, because I feel my orgasm to be much more intense if the toy is still inside me and vibrating. I then decrease the power and slowly take it out, allowing me to catch my breath and release the tension built up in my whole body; my arms and legs particularly, because they get very tingly after orgasms of this scale.

So, these beads are supposed to be really lubed up before going in, as unlike the vagina, the anus does not auto-moisten itself. The first time i used them, with the first smaller bead going first, it felt like when having a crap. Sounds gross i know, but the most pleasuring part of it was the transitioning bead which opens the anus the most, before sliding back on the thinner body. its very ticklish at first i have to repeat. Having the smaller beads inside also pleasured me, mostly because of their dancing inside me, but the feeling i get while the bead is half-in and half-out makes me crazy. i’d have a bead in there for hours and try to balance it. I can even forget about having my pussy stimulated when i am playing with these things.

I was glad i choose a less rigid solution and bought a toy made of plastic which is quite flexible. I have yet to reach the last few beads though. You can see this is a lot of fun for $4.

Although the price of this went slightly over the $10 budget i had settled for sex toys – it was totally worth it: i can use this one in a lot of ways. It is completely made of borosilicate, which makes it very resistant and more hygienic than regular glass.

It is transparent and it occasionally nice to take a peek inside your own clam. Best features are the two different head shapes: one of them looks like a glass dick, with a bigger head and slim body; the other half has a series of undulating rings placed right below the head, which is of the same size as the other edge but smaller than the rings.

I’ve noticed that the bare, slim side is best used when mixed with a vibrating toy which focuses on massaging the clit, just like the one i wrote of earlier. The wider side satisfies me even when used by itself; each ring perfectly adjusts to my walls, touching them completely and giving me a sense of fullness. By sliding it in and out during masturbation, apart from feeling aroused, i also get the feeling of getting a nice relaxing massage from within. Of course, i soon as i climax the relaxing part disappears for a few moments, but as soon the toy comes back out to get cleaned, i feel my whole pussy (walls included) to be pulsing, as if i had just gotten laid by someone who can last for a couple of hours – which is honestly hard to find.

I have used all of these toys on myself in private, most of time. Meaning i have not shared all of them with my current boyfriend (and neither with the previous ones). I have been very shy about this, and am taking the time to bring them out one by one, to prevent him the shock of seeing i have tried tons of these toys already. I will someday toss it out there and ask him his point of view on using sex toys when it’s just the two of us. What stops me is the fact that he may feel like he isn’t pleasing me enough, thus pushing me to use toys to be fully satisfied.

Well, regardless of that, at the moment all my toys work perfectly and have satisfied me in many ways. I will keep using them, and will eventually splurge out on some more expensive toy if it looks promising enough. I would even gladly skip a meal or two for it!