Being a young woman who is currently focusing on her career and working an extensive amount of hours both in the office and on the field when required by my superiors, i always seem to be busy and cannot permit myself to be slacking to much time off in a relationship.As a matter of fact i rarely even have time to spend to do my hobbies with all the time I spend away from home. I’ve had to sacrifice my love for cooking and settle for fast food because i cannot dedicate enough time what pleases me the most, if not on the weekends. The same goes for my sex life: because i do not have time to date, i rarely get laid. I could find tons of acquaintances i could promote to “friend-with-benefits”, but i am not the kind of girl who just wants a partner occasionally.

So while waiting to slowly earn more free time for myself, I momentarily use sex toys especially designed to please women.

Might be a little awkward talking about it like this, but a woman needs to relieve herself of the stress, and without a man in her life she can only depend on her own fingers or toys. Although i am fairly traditional and prefer regular toys, i have also tried looking at more extreme toys, just to get a little spice up my lonely sexual activities. I focus more on the effectiveness it brings in a short amount of time: i know it is pretty counterproductive to try and get off hastily, but i try and spend as much time as i can for this activity.

It is the best of the kind i have ever tried as apart from being very durable, it allows you to choose from eight different vibration intensities and even features a handy “boost” button for those times when you feel like you have to forget about the world for a few minutes. It is also very handy to place into your luggage when you travel, as it is discreet and light; moreover, because it runs on both wall cord and batteries I am usually safe even when i forget my plug home.

I have used this toy exactly the way it should be used: I place the soft, lightweight vibrating head over my sensitive clit and i fire away the vibrator button to whichever intensity i want it to as i lay comfortably in bed with my back and head slightly raised with some pillows. Though most of the time i start from the minimum and slowly build up the tension by incrementing the power until i reach my limit, i sometimes start from somewhere in between, as the sudden shock of having it vibrating so intensively right from the beginning is like a shock therapy; when i get adapted to that particular strength i simply boost it all the way up and i end up squirming like an earthworm that has been taken out of the earth it was living in an poked while moaning profusely. 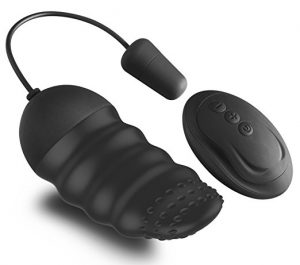 Out of the many bullet type vibrators i have bought, this is the only one which has survived. Don’t get me wrong, i know how to use it well, but the quality of most of these things isn’t that good – especially because they tend to make them with cheap materials, that’s why most of them are cheap.

Apart from the colour combination of black and silver which is very elegant, i live the simplicity of its design: very retro and classic. Anyway, i do not usually use bullet vibrators, so it usually stays in my nightstand drawer, but i occasionally take it out for some fun.

The scrolling wheel at the side of the remote control dictates the intensity of the vibrations. I usually place it somewhere my hand can easily reach it: considering that i use this while sitting in bed, its just centimetres away from my body. I then take the bullet and move it around my most sensitive parts, which are not inside, but all around the lips and clit. While i slowly get moist from within i then occasionally slide the toy inside of me, but not completely – think of it as leaving it halfway in, to allow the wider part of the bullet to stretch my already moist and sensitive lips. Sometimes i use it as a big bead and push it all the way in before making it vibrate, and successively turn in on; the feeling i get from this is weird, its like having to pee, but mixed with pleasure – especially when i slowly pull it out using the little wire connected to the control unit. 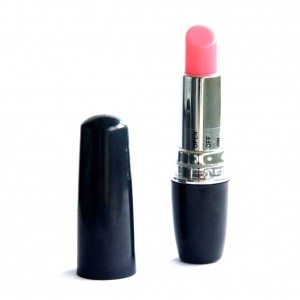 The most discreet sex toy a woman could yearn for is shaped exactly like a little lipstick, complete with the top cover to make it even more discreet. Because of its tiny shape i can bring this with me wherever i go as it fits in my purse and even in the tiniest shoulder bag i own.

It has occurred a few times that i use this in toilets of public places: when i have to stay overtime in the office to finish up some work, i find that taking a toilet break and entertaining my clit with this wonder-toy motivated me a lot in going back to finish whatever i was doing; i felt more concentrated as i had already freed myself of my inner depraved orgasm which wanted to scream out hours before. I have also used this toy a few times on long intercontinental flights: it is completely normal for a girl to go to the bathroom to freshen up and reapply some makeup – little did they know that one of the beauty products was to be pressed against my little peanut while my fingers would ravage the inside of my love hole. The sole fact of masturbating on a plane actually made the orgasm even better – i was just a thin plastic wall away from a huge amount of people who could potentially hear my moans which i let out as softly as possible. That thin wall which would allow a whole compartment of people to watch me as if i was a movie in front of their comfortable chairs.

All women have asked themselves about the G-spot at some time of their life: either by chance or during a conversation. After talking and debating about it with some colleagues, i decided to try and buy a sex toy which is designed to stimulate that mysterious spot which has haunted us for great lengths of time.

I was sceptical at first, but after trying this particular one (which is the third of its genre i bought, and was supposed to be the last one), i actually felt something slightly more arousing than the usual straight shapes. 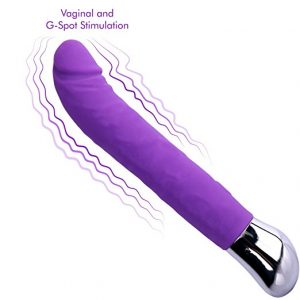 Using it is very easy and i prefer the direct from behind approach when i start using this one. I stand up with my legs slightly spread open and bend over with my body forward. After rubbing the toy around a little to turn me on, i grab its very useful, long handle and make a fist around it. My arm, which passes in between my legs then starts pumping the toy in and out of my vag which is desperately craving for a hard and wild pounding. I can carry on masturbating this way, whether it vibrates or not depending on my mood, until i orgasm and calm myself.

Each of us has a particular style of lifestyle they lead, independently if you chose it yourself or you are forced by whatever circumstance. This can sometimes make the idea of having a stable relationship pretty hard; Of course there is always the alternative of casual sex – but to those like me who are not really into promiscuous activities, sex toys become a must. While satisfying yourself with your hands and fingers works pretty well many times (I have and still am doing this many times, because it makes me feel more in contact with myself more than having a toy added into the action), said toys can get you going faster and more effectively some times.

Apart from the simple fact of getting off and orgasming which, to me, is a great thing by itself and hard to live without, sex toys give new sensations. I, myself, have been granted  lot of new sensations by various kinds of toy which i would have not been able to reach with my hands; or even with an experienced guy, for that matter, as i do not really think any male has a vibrating/pulsating organ that can last for hours on end.

Anyway, as you may have noticed I am a fan of the subtle pleasure and using toys that are nicely made and designed. I would also like to try and experience more out-of the-ordinary toys in the future. So do not think that i am snubbing the more extreme ways of pleasing oneself.

Being very active sexually, I have been trying a lot of toys in the past which I use both by myself and with my…