When someone is explicitly gay, such as myself, being open minded when it comes to sex and the pleasure to be derived from it seems rather obligatory. We go against the traditional man-woman couple not only because we feel like women ourselves, but mostly because we feel that loving (and being loved) by a man provides much more pleasure.

While many of my foreplay toys have a general theme, others are particularly designed for usage in a fetish environment. Let’s be honest – we all like having to cosplay, it is not simply a stereotype, and whether it is a leather outfit or a more perverse lady-dress, having various accessories which stimulate parts which would otherwise be ignored is simply divine and must never be frowned upon – especially when you consider that they make your sex a hundred times better.

For first-time users or curious about these particular gay sex toys (as well as the experts who want an honest option), read on as I will describe those which I consider to be the best I have recently had the pleasure of working with.

this will take your relationship to the next level! 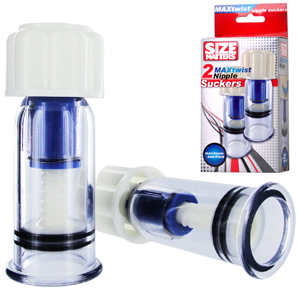 Nipples: in men these two little meat dots are always ignored, for some weird reason they are there although we have no actual use for them. While it is true that there is no use for them, they remain pretty sensible. This toy is designed to suck up the nipple and stimulate its nerves, making it more sensible to the touch of hands or when licked.

I like wearing these in secret, before having an encounter – as by the time that I will have to take them off; my nipples will already be pulled out quite a lot and will be very sensible. When my partner then reaches for them, they are ready and a simple touch from his hand will send shivers throughout the body, making me instantly hard (if I wasn’t already, of course). Unfortunately, its effect is limited, meaning that once they pop back down after softening up; this usually last for around 5-10 minutes, depending on the intensity they are being stimulated as.

If I have to wear them again during the action, they still feel great – mainly because they are adjustable, making you or you partner choose how much they are being pulled out. It is also quite fun laying in bed and having my partner adjust them and increase the intensity to see how far I can reach before squirming or letting out a moan. I then do it to him and vice versa again. We do this as a sort of game to settle who dictates the rules and who decides what is to be worn and the kind of sex we will be having. 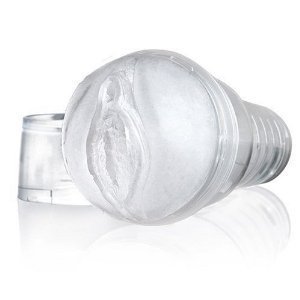 When with my partner, we have two different ways of using this fleshlight: first one is when one of us holds it in his hand, and the other way is having him hold it with his thighs, just below his cock.

The other, kinkier way, is when either him or I hold up the fleshlight tight between the thighs. Although we do this most of the times to have a laugh, it adds up to the cosplaying feel of it, especially when the one wearing it is cross-dressing as a girl. When the real sex begins with the toy just below my partners ballsack, when I thrust my dick into the fleshlight, he also gets stimulated as his dick is pressed against my body and getting rubbed well. 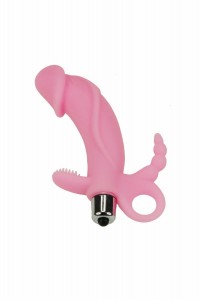 Besides being designed after a nice big cock, this buttplug vibrates. Although it is called a prostate massager because of the little extra part near the handle that was build to stimulate the prostate – it still remains a buttplug. Having said that, the things I can do this toy are endless: by myself or with a partner, this sex toy has always been useful.

Masturbating by myself while having this silicone shaft stuck up in my anus makes it so much nicer, to a point where I almost crave for it whenever I have to make love to my hand. When vibrating inside, with the little prostate stimulator held tightly against my ballsack, this toy makes me melt from the inside. It has a single vibration intensity, but it is set to just the right point – if I leave it on for a while it just gets better and better – so much that I can actually have an orgasm by just leaving it there. Of course, it does take a while to have it build up enough momentum, but I will eventually ejaculate even if I keep my hands away from my dick. 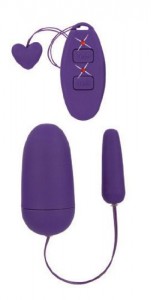 Apart from being useful as a stimulator for the butt hole, this little toy I bought a few months back has made me happy in more ways than I have imagined. It has made me feel very relieved and satisfied about my relationship from the moment it made its way into my house.

Until now, we occasionally play this game, and it brings me so much joy and pleasure that I wouldn’t exchange this toy for any other toy out there. 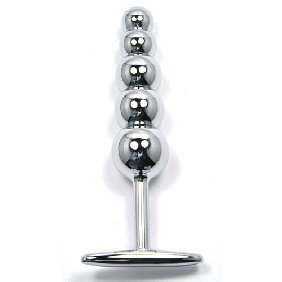 My collection of these kinds of items is very large and diverse – but if I had to choose a single one, I would definitely choose this one. It is made of stainless steel, which is my favorite material because it tends to give me the chills because of its cold temperature when starting out, making my anus slightly less sensitive. The shape and hardness is also perfect – because it is made of bead-shaped balls which gradually increase in size, allowing me to focus on a single size before moving onto the next one; it is also very rigid, giving me more control in terms of holding it steady or moving it around while it is inside me.

Bending over is my preferred way of using this toy. After having it well cleaned and lubricated, I slowly insert the first bead in and out, until I am fully satisfied of it and sure I can move on to the next size. By the time I get to the third bead, I am wide enough for my partner to penetrate me. Normally the last two beads are used only when my partner is going down on me, and doing all the work himself – he already knows how much I can handle, and nothing beats his mouth filled with my dick while his hands work that toy on my anus. Pure bliss is all I feel.

A lot also agree about having vibrators and stimulizers for both the anus and nipples, as it definitely adds up to the pleasure one feels before the sex, and even makes the foreplay more kinky and fun. I’ve had mixed reactions from fleshlights or other toys which imitate female body parts – for some reason many think that it is not a “gay thing”, but is to be used by those who are attracted to both men and women. The natural and seemingly instinctive answer i tend to give them is that we feel like we are women and want to be loved by men, so why not have a pussy in the drawer just in case we feel like using it – regardless of it being on yourself or on your partner. And then again i receive more and more comebacks, and the debate goes on for longer.

Anyway, i am happy with all the toys i own, and will always be using them (and probably add more to my collection) as not only they make the sex better, but the games played with these toys are what really make me happier, more than any orgasm i can think of.

Lasting for hours on end and being able to please all kinds of women, including those who seem to be never-coming, is every man’s…